The Nike Mecurial Vapor V’s are the speedy choice for professionals worldwide. In every professional game so far this season these have been arguably the choice for speedy wingers and lightning quick strikers worldwide. This is the latest boot from the Nike Vapor range and it is the first boot to use the “Flywire” technology which is designed to make a football boot stronger without sacrificing the weight.

We all know that the lighter football boots have gone, the more often they need to be changed through wear and tear. The new Nike Vapor V’s are aiming to combat this while keeping the fundamentals of a light, slipper like boot for the speedy players across the globe.

The Nike Vapor V’s are available in various colours with the most popular being the BLACK & VOLT, which does look very sleek. When Nike started out the arduous journey of creating the new VAPORS, they talked to players across the world and asked what could be better. Many professionals worlwide pointing out the need for more touch and ball feel.

Well, Nike answered the comments and have equipped the Vapor V’s with a “SPEED TOUCH AREA” which has been developed to offer the speedy dribblers more touch and feel for the ball they are running with, a huge step forward in the technology stakes. This area sitting roughly where the swoosh is located.

The new Vapor 5 football boot is the new look for Nike contracted players worldwide for the start of the 09/10 season with the Black/Volt colour range proving to be the most popular. These boots are available in soft and firm ground plates to take you from season to season on the pitch. Both types offer the essential traction and grip needed to beat your opposition.

So, if your game is focused on beating your man to the byline or skinning a defender alive as you calmly slot the ball into the bottom corner, these boots would be the perfect choice and a pair of football boots that do what they are meant too, frighten the opposition! 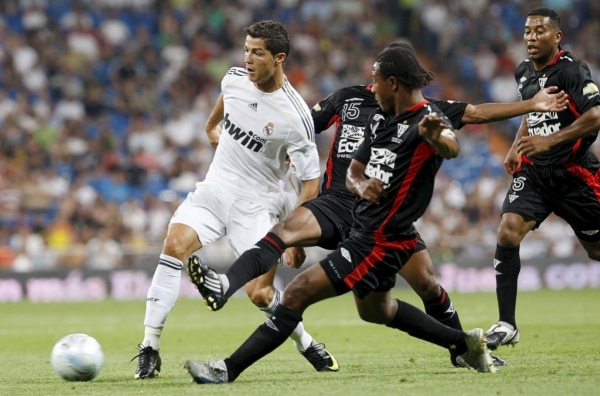