The Adidas F50 range has grown and grown over the last 2 years and this year has really come into its own. The Adidas F50i Climacool Blue Boots are one of the more popular choices for professional and amateur players alike this year so far. From the blades of grass at the Nou Camp with Messu giving these a run for their money to the muddy blades of Amateur football, the F50i Climacools have been one of the mroe popular choices for the 09/10 season so far worldwide.

The build of this boot is a little different from the previous F50s and the upper incorporated the Climacool technology which is actually thinker than the usual F50 upper. The CLimacool technology is built to allow more air to get through to the foot while incorporating a soft leather like feel to keep the foot cushioned, supported and steady.

These boots were born at the highest level being introduced to the world at the 2009 Champions League Final in Rome by the one and only game winner Messi!

Again, as technology progresses so do the boundaries for football boots and the F50i’s are no different. With the revolutionary SPRINT SKIN – a single layered PU synthetic material which is thinner and lighter than normal synthetics, this boot has the makings of Adidas’s FAST BOOT! Too you and me, this means the boot feels and plays lighter than previous versions of the F50, which is of course a good thing!

The Adidas F50i range and in this case here, the “Climacool” range you can feel rest assured that if you are after these boots to enhance your game when it comes to speed, dribble and touch, you will not go far wrong in putting your feet and faith in the soles of the F50i’s! 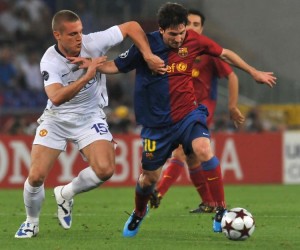